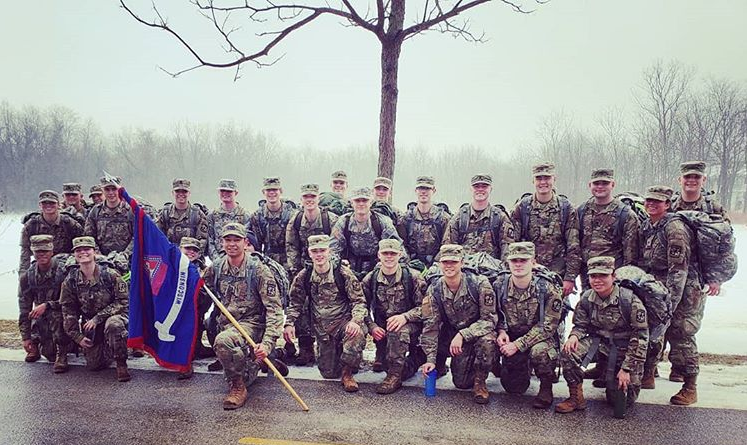 The Simultaneous Membership Program (SMP) is a joint program offered by the Army National Guard or the Army Reserves and U.S. Army Reserve Officer Training Corps (ROTC). Cadets participating in SMP serve in the Guard or in the Reserves and attend ROTC classes simultaneously. Traditional ROTC Cadets receiving a scholarship are ineligible for service in the Guard or Reserve. The SMP is a two-year program designed to begin in a student-soldier’s junior year of college. Immediately after graduation, SMP Cadets receive their commission as a Second Lieutenant in the Army National Guard, the Army Reserve, or Active Duty Component.

Because of their military training and experience, Guard and Reserve soldiers who have completed Basic Training are exempt from ROTC Basic Course (freshman and sophomore Courses, Military Science I & II). Instead, Guard soldiers enroll directly into Advanced ROTC (Military Science III & IV). During the school week, SMP Cadets participate in all ROTC classes, labs and field training exercises. On training weekends, they work with their assigned National Guard or Reserve units. During these weekends, SMP Cadets function as assistant Lieutenants. SMP Cadets wear their ROTC ranks and carry out all the duties of a new Second Lieutenant in a supervised, on-the-job-training environment.

First and foremost, to qualify for the SMP you must be a member of the Army National Guard or Army Reserve and have attended at least Army basic training. Ideally, you will have attended both basic training and Advanced Individual Training (AIT) before signing an SMP contract. AIT is the phase of active duty training all Guard and Reserve soldiers must go through to learn their military occupational specialty (MOS) or technical job skill. Completing AIT is important because it qualifies soldiers to receive their Montgomery GI Bill benefits.

The next step is to be accepted to and attend a college or university in the Badger Battalion. Before you begin your junior year of college, you must complete an SMP Agreement contract. Come speak to the recruiting cadre at the Badger Battalion to complete the process. Once contracting is complete, SMP Cadets begin attending ROTC classes and continue attending their Guard or Reserve unit training weekends as an SMP Cadet. Class time for all ROTC Cadets in Advanced Course averages about seven hours per week (one two-hour class, one two-hour lab, and three hours of physical fitness).

During the school year, ROTC will hold several field training exercises, which SMP Cadets attend instead of their regular unit training weekend. After the completion of Military Science III (junior year), SMP Cadets will attend the ROTC Advanced Camp at Fort Knox, Kentucky instead of their regular Guard unit annual training. After Advanced Camp, SMP Cadets return for their senior year and enroll in Military Science IV. After graduation, ROTC Cadets receive their commission as Second Lieutenants in the United States Army.