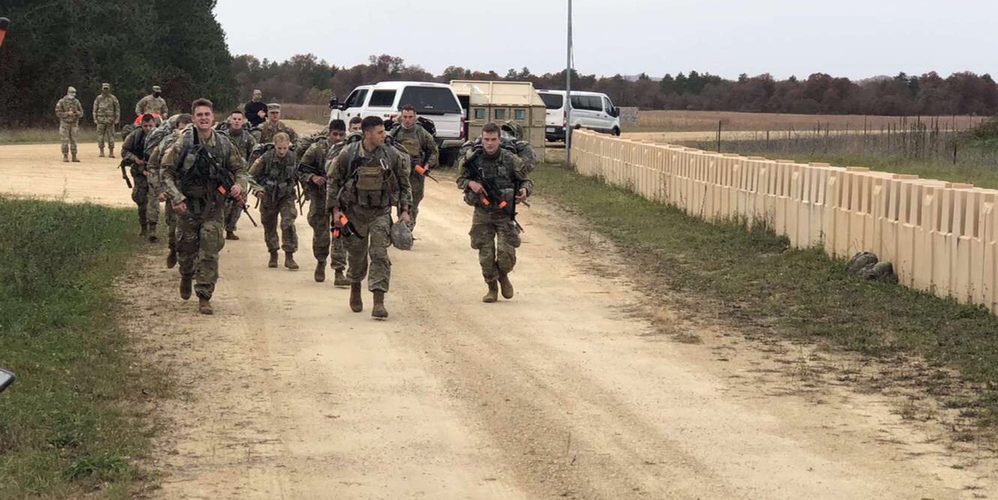 Every Cadet is required to participate in the following for each semester:

While participating in ROTC, cadets are encouraged to take part in activities with ROTC for great training and for fun. Often, it is through these events that cadets recieve valuable experience and build comradery with cadets from UW-Madison and around the Midwest. Intramural sports, color guard and Ranger Challenge are just a few examples of what keeps in ROTC cadet busy. 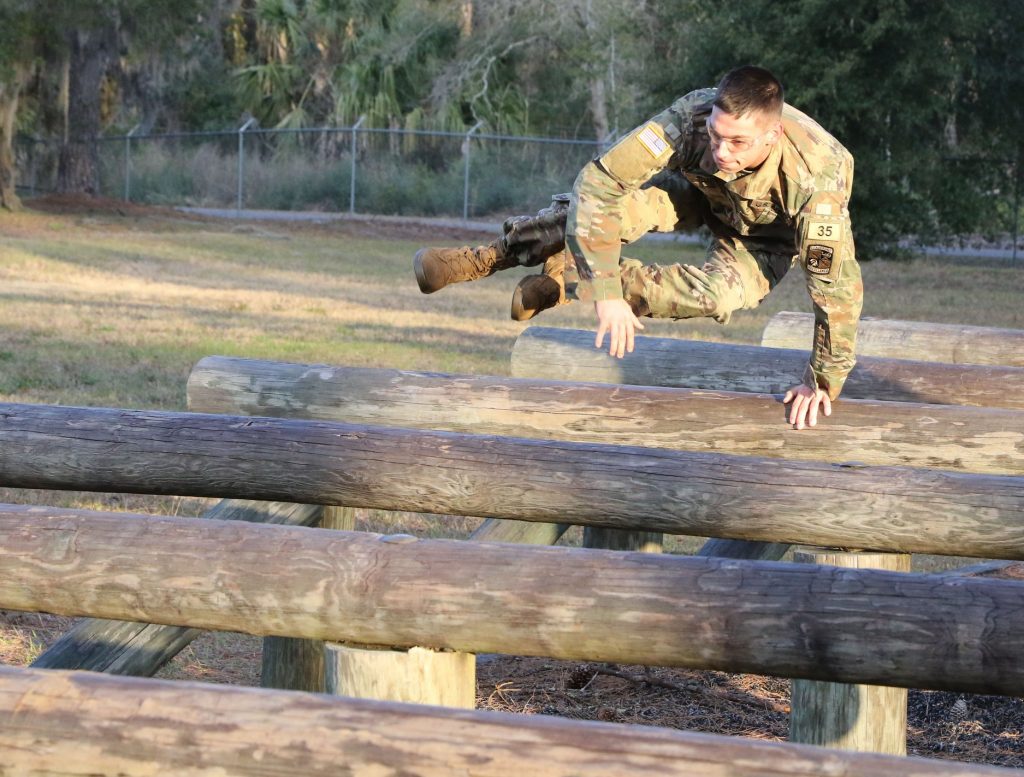 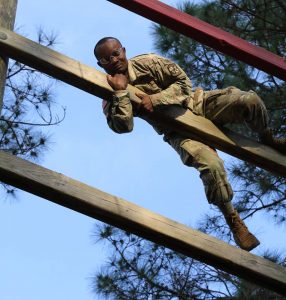 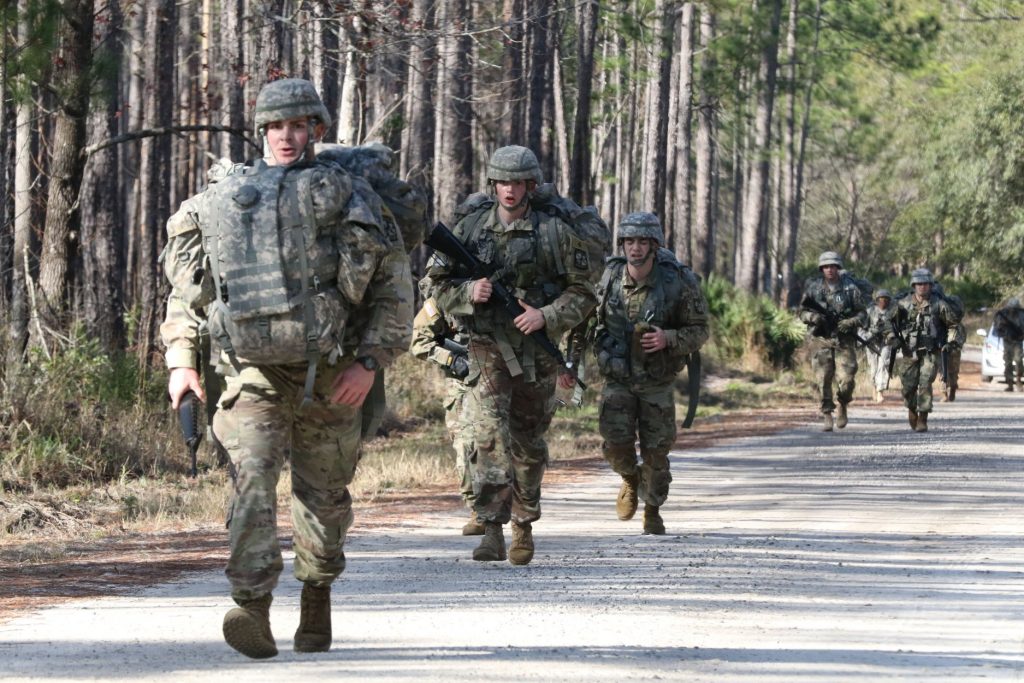 The Ranger Challenge team requires dedication and training beyond the normal ROTC experience but comes with many rewards, including increased physical fitness, more advanced hands on training, and a strong team bond. All cadets are welcome to try-out for the team and compete on either the 9-man or 5-man team that competes every year.

The Color Guard is composed of cadets from each school who go to university and community functions to perform the traditional carrying of the United States flag, the Army flag and the State of Wisconsin Flag. The Color Guard squad is utilized for various athletic events on all the campuses, memorial events and other local ceremonies and is often featured in the local media for its presence at such events. All cadets are encouraged to participate and build their skills in Drill and Ceremony as well as continue the great tradition of honoring our nation’s colors. 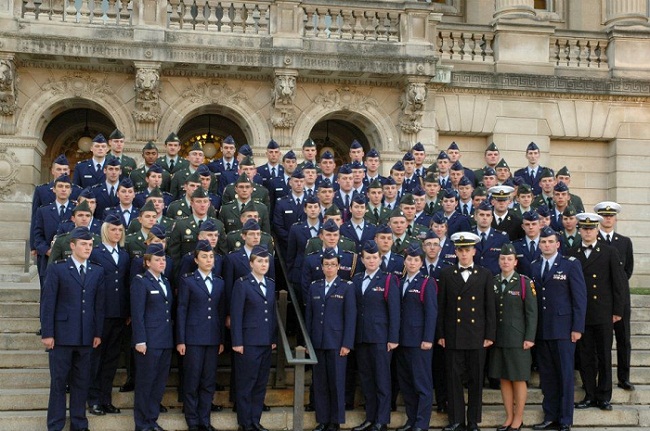 Scabbard and Blade is an ROTC joint service honor society that unites cadets and midshipmen from all over the nation in military excellence.

This means that there are not just Army members, but also Air Force, Marine Corps and Navy members from UW-Madison. The Society strives to better these cadets and midshipmen as future officers and to strengthen the joint service relationship through service to the community and leadership opportunities.

The University of Wisconsin – Madison was the founding university of Scabbard and Blade in 1904-1905.

The German Armed Forces Proficiency Badge is a multi-event competition, the same fitness test the German Military uses to access their troops. Cadets compete in events that include pistol shooting, a ruck march, 1000M run, shuttle sprint, flex arm hang, a 400M swim and a first aid exam. Each of these events is scored and each cadet is given an overall score, which may qualify them to wear a distinctive badge on their dress uniform. Though it is demanding, this event is filled with many opportunities to advance your physical fitness beyond what is offered in the normal physical fitness training program. The competition is open to all cadets in all academic years although there is limited travel space. 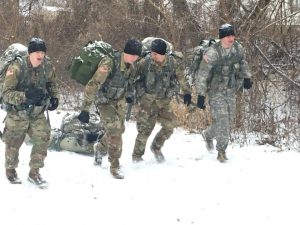 Northern Warfare Challenge is one of the most challenging events offered in ROTC. Covering over 22 miles and almost a mile change in elevation in the middle of winter, Northern Warfare requires mental and physical strength in order to complete. Generally at least half of all competing teams fail to make it to the finish, proving to be one of the most competitive events our program offers.

Training takes place after the completion of Ranger Challenge on Tuesdays and Fridays with weekend ruck marches. Teams are 5 man and decided at the end of the semester. Skill stations for the competition are not released immediately and change yearly so cadets train over previous skills tested such as:

And finally the competition is ended with a 4 mile SKEDCO pull where one member acts as a causality and must be pulled by the other 4 members to the finish.