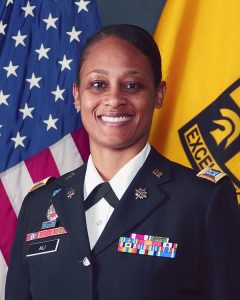 Captain Ali earned a Bachelor of Arts degree in Sociology from the University at Albany SUNY in Albany, New York. She is a graduate of the Military Intelligence Basic Officer Leadership Course and Career Course.